On Google maps you will see two alternatives, one of which is totally wrong. The correct one is coming via the blue line on this map (Sukhaphiban 5 Soi 32). The incorrect one, which has an impassable mud “road”, is the grey line on this map: 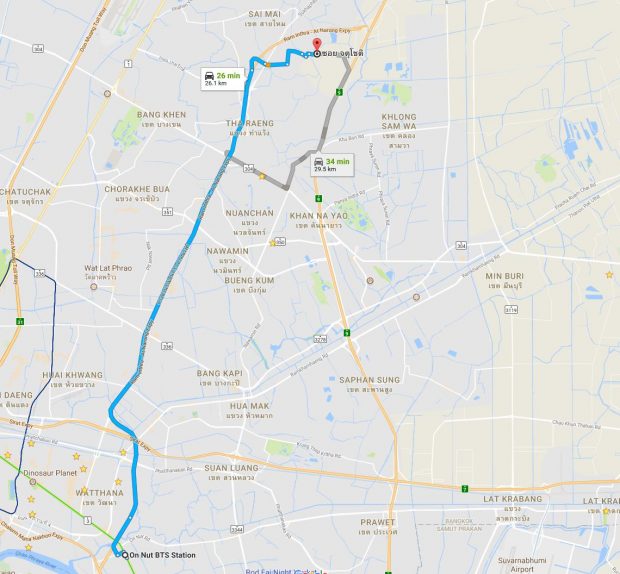 On the Ram Inthra—At Narong Expressway, look for the exit that says “Sukhaphiban 5”: 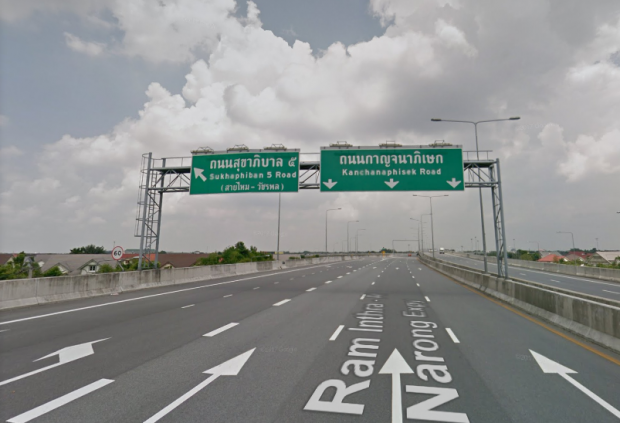 You will make a big loop and then come to an intersection with a traffic light.

Go straight over the intersection. It’s quite hard to see the road (Sukhaphiban 5 Soi 32), but it’s not left, it’s not right, it’s straight on. You’re aiming for where these two taxis are, by the square highlighted in the middle of the picture. 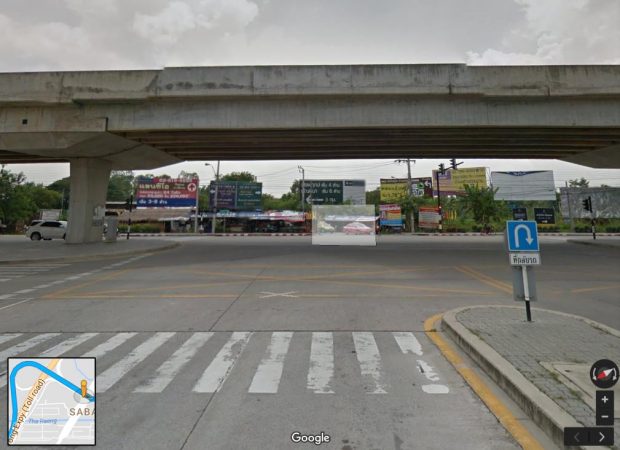 Next, follow that road until Yaek 3, before the temple. 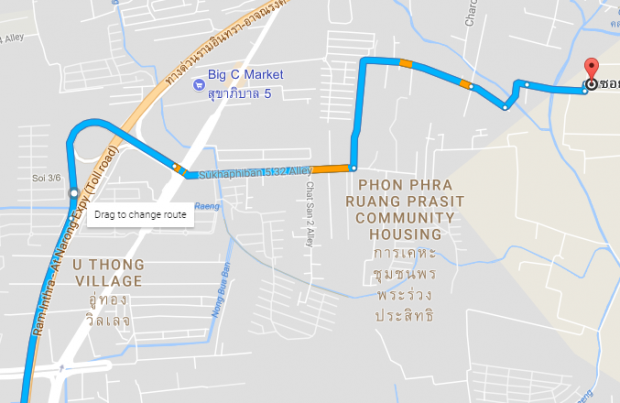 After crossing the second bridge, follow the road around the bend to the left. Soon after you will see our place on the corner on the right hand side: 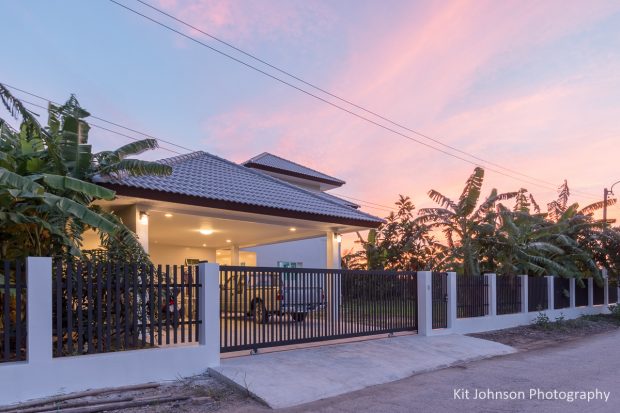